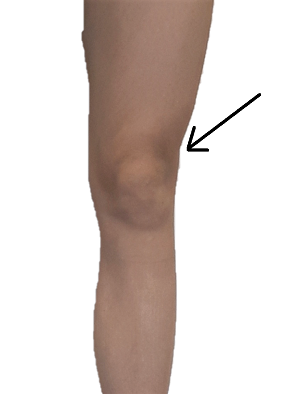 What is Illiotibial (IT) Band Syndrome?

Causes of Illiotibial (IT) Band Syndrome

Because structures are connected in the body, the mechanics of the foot can affect the IT band.

Foot pronation (rolling in/collapse) rotates the lower leg (tibia) and upper leg (femur) inwards. With this internal rotation, the IT band is excessively pulled. Like an elastic band, when the IT band is pulled, there is more tension at the band, creating pain over the bone at the outside of the knee joint. Combining this with activity can also exaggerate the pain.

Foot supination (rolling out) also leads to IT band syndrome, as the lower (tibia) and upper (femur) leg rotates out. Outwards rotation also causes pull to the IT band, leading to pain at the knee.

A combination of the above factors, plus repetitive motion of the knee joint when the knee and hip are flexed (ex. cycling), can all lead to pain from IT band syndrome.

What will I see and feel?

Support from custom orthotics or over the counter inserts can help with IT band syndrome. They deal with the mechanical factors leading to abnormal rotation of the lower (tibia) and upper (femur) leg that tighten the IT band.